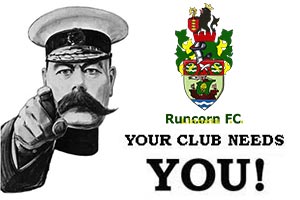 Wanted: We are creating a  new Linnets U8s FUTSAL (Click for FUTSAL info) Team. Team will train indoors and learn the art of FUTSAL. This squad will be train, develop, enter local and national FUTSAL tournaments and take part in a local FUTSAL league. After this Futsal development period the Club will look to enter this squad into a conventional junior football in September 2015. We are actively looking NOW to recruit  players for this FUTSAL team. Contact Stuart Graham on 07903 950 318 for more infomation- We are inviting players to join FUTSAL training in June 2014. Current school year 2 moving into year 3 in Sept 14 - Born on or after 1st September 2006. - UPDATED 28th May 2014

Wanted: We are creating a new Linnets U9s Team for the 2014/15 season. We are actively looking to recruit three more players for the team. We require players who wish to develop in a friendly family environment and to compete in the as a team in either the Warrington JFL or Halton & District JFL in September 2014. Contact Scott NOW on 075790 590 753 - Looking for the players to join team training in April/May 2014. Current school year 3 moving into year 4 in Sept 14 - Born on or after 1st September 2005. - UPDATED 28th May 2014