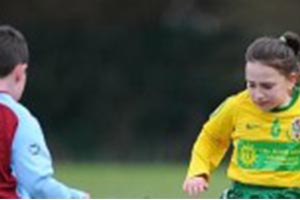 Boys and girls able to play in same team up to and including U14 level.

The FA is pleased that the resolution to amend its Rules to extend the age at which mixed football is allowed from the U13 age group to the U14 age group received approval from The FA Shareholders at the AGM this week.

The FA requested this change in order to allow further research into mixed football at this older age group during the 2012-13 playing season.

The resolution was fully supported by The FA Board and FA Council and the result means that girls and boys will be able to play in the same teams up to and including the U14 age level from next season (2012-13) if they choose to do so.

As Junior Linnets have two girls playing mixed fooball at the Club, what do you think?

Is raising the age limt to U14's for mixed football a good thing?