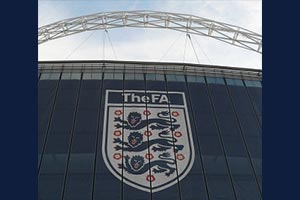 The Shareholders, present at today’s AGM at Wembley, voted to bring in a new player pathway for football to include a mandatory 5v5 format of football for U7s and U8s and a 9v9 format for U11 and U12s to be phased in by season 2014-15.

The changes passed have been developed over a number of years, with research and over two years of consultation across the game.

Nick Levett, National Development Manager, said: “After 138 roadshows nationwide it was fantastic to get the endorsement of the majority of the grassroots football community.

“These changes are a massive step forward for the future of children’s football in this country.”

The smaller pitch and number of players allows greater number of touches of the ball and involvement in the game, helping develop greater technical skills at a lower age.

The move will also bring a more child friendly approach to competition, breaking up the eight-month long adult based season into smaller periods of competition which encourage increased learning.

The proposed changes to the player pathway and competition framework if approved go hand in hand with the FA Coaching philosophy, as outlined in the FA Future Game, which gives clear guidance on how the game should be played and coached, this philosophy is embedded in The FA coaching courses, and in our own FA Tesco skills coaching programme.