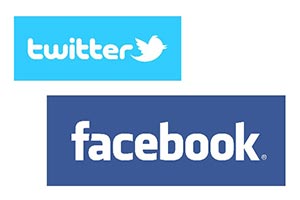 Managers, Coaches and Parents/Guardians please read the message below from the Halton & District Junior Football League. This is a general email sent out to all Clubs not just Runcorn Linnets JFC.

We are finding that we have Clubs, Managers and Parents making  comments on Facebook / Twitter and other social media site regarding games being played in our league,

Can I remind you that if you / anyone concerned have a problem the correct procedure is to put your complaint in writing to either Myself, Dave Wilson or Linda Young (welfare) rather than putting in on social media which could bring your club in to disrepute and further actions being taken.

Below is the national FA guide lines, Click this link for The FA website's Social-Netowrking page.

The FA has issued clarification to participants relating to the use of social networking sites, including, but not limited to Twitter, Facebook and internet blogs.
Participants should be aware that comments made on such sites may be considered public comment, and that further to FA Rule E3, any comments which are deemed improper, bring the game into disrepute, or are threatening, abusive, indecent or insulting may lead to disciplinary action.
Comments which are personal in ...nature or could be construed as offensive, use foul language or contain direct or indirect threats aimed at other participants are likely to be considered improper.
Participants are required to act in the best interests of the game at all times and should be aware of this when using social networking websites. Furthermore, participants are reminded that postings on social networking sites which they believe to be visible to a limited number of selected people may still end up in the public domain and consequently, care should be exercised with regards to the contents of such postings.
In addition, we would remind participants that social networking postings could also lead to civil proceedings being brought by affected parties.