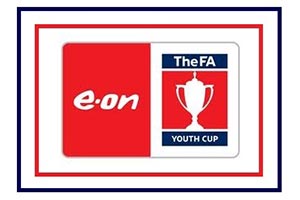 Congratulations to the Youth team who romped to a 3 - 9 away win last night against Nantwich Town in the FA Youth Cup.

They have booked themselves a home tie against Northwich Victoria in the First Qualifying Round.

Linnets take on 'The Dabbers' youth side and will be busting a gut to progress in this prestigious competition, last season Chelsea secured the FA Youth Cup after a 4-1 aggregate win over Blackburn Rovers.

It's set up to be a fantastic Cup tie as the young Dabbers knocked Linnets out of the North West Youth Alliance Open Cup at the weekend but only after a very late goal and the lads will be looking for revenge.

Si and the lads would be grateful for all the support they can get so please if you can get behind the Club and get along to cheer them on.

The reward for the winners is a home tie against Northwich Victoria in the First Qualifying Round.

Kick off at the Weaver Stadium is at 7pm.  Admission prices are: £3 adults, £2 concessions, £1 kids.