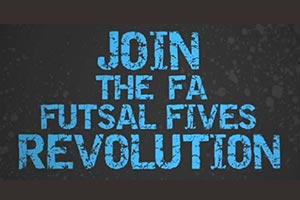 Futsal is 5 a-side, though you can have up to 5 subs, roll on and off.

Formats will vary depending on the uptake, though initial impressions suggest if Linnets teams are interested Managers need to register teams ASAP, all teams will enjoy lots of matches against various opposition.

Over 30 million people now play Futsal accross the world? The English FA have expressed a desire to promote the game, with this in mind Colin Powell has set up a CIC and is currently on the country's first level one Futsal course at St Georges Park.

Their mission is to form regular Futsal Competitions, 2013 will be the start of breeding a Futsal culture locally, his ultimate ambition would be to not only point talented youngsters in the direction of local national Futsal teams Manchester and Liverpool, but to form leagues and eventually a National League team. With the help of some of the brilliantly run local teams,  they plan to incorporate Futsal as a football learning tool and Futsal as a stand out game in its own right.

If you would like to know more, Colin is offering taster sessions so please contact him on 07958166015 or email  colin.powell2@tesco.net

Colin has coached in North West schools for over 5 years and currently works with school sport partnerships in Warrington, Halton, Chester and Cheshire West and local youth/sport development agencies Catch 22 and Positive Futures. Level 2 FA qualified and Level 2 qualified in Street Soccer with the International Street Soccer Association and I'm a member of the FA Licensed Coaches Club.