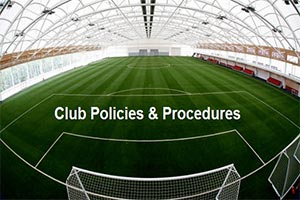 The Club are in the process of updating their FA Charter Standard records as we ready for our application to FA Community Standard status.

Every Player, Parent/Guardian, Manager/Coach associated with the Club will be asked to sign our Code or Conducts over the next couple of weeks.

Each Parent/Guardian will also be asked to complete and return the Clubs Medical Form for our records.

In the event that any Club member feels that they have suffered discrimination in any way, or that the Club Policies, Rules or Code of Conduct have been broken, they should follow the procedures below.

The report should include:

All forms can also be found on the Club Policies page of the website.